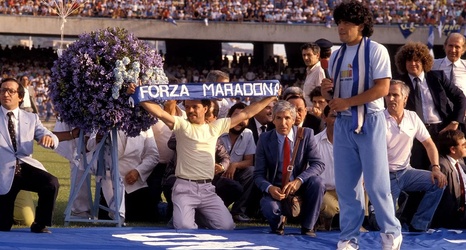 The film begins with a car chase sequence, similar to William Friedkin’s The French Connection or Steve McQueen’s Bullitt. Diego Armando Maradona, a 24-year-old rising and controversial young star leaves Barcelona and arrives in Naples–a city going through financial and social disarray and in need of so much more than a pricey footballer.

As the camera frantically follows the speeding car through narrow streets, clips of Maradona’s life–both past and present–are inserted: One of his mother Doña Tota speaking with pride about her son, another of a young Pelé questioning Maradona’s mentality and if he’s ready to carry the weight of his own reputation.