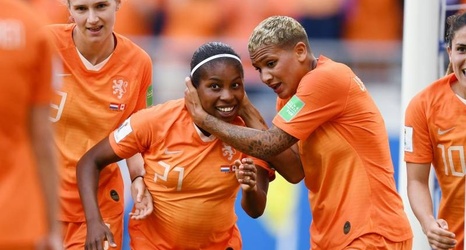 Lineth Beerensteyn came off the bench to score the winning goal for the Netherlands in their 2-1 success over Canada at the 2019 FIFA Women's World Cup on Thursday, sending them into the last 16 of the competition as winners of Group E.

Canada were awarded a penalty early on at the Stade Auguste-Delaune II in Reims, only for a VAR review to determine the foul came outside the penalty area. The Netherlands went closest to opening the scoring before the break, as Vivianne Miedema rattled the post after an excellent turn.

The goals eventually came in the second period, with Anouk Dekker heading the Dutch in front after 54 minutes.