Nagasato 'confident' after her first match against men since groundbreaking move 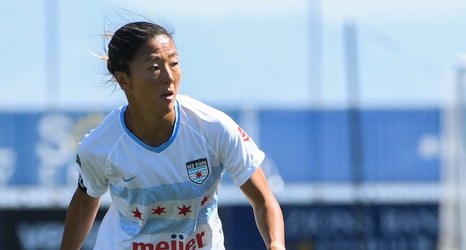 Japanese striker Yuki Nagasato has declared she is 'confident' after playing her first match against the opposite gender since joining amateur men's side Hayabusa Eleven.

The 33-year-old sealed the surprise loan move to Hayabusa under a professional contract in September with Nagasato currently tied to National Women's Soccer League side Chicago Red Stars.

Nagasato has enjoyed a stellar career to date and has made over 100 caps with Japan's national women's team, who she won the Women's World Cup with in 2011.