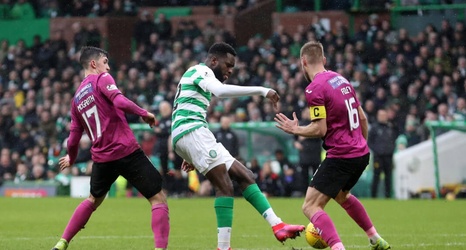 Lyon striker Mousa Dembele has showered heaps of praise on Celtic star Odsonne Edouard, saying he is a ‘fantastic’ player.

Dembele, the former Celtic striker, has tipped the French striker to reach the very top in the game.

Edouard has enjoyed a phenomenal campaign for the Bhoys where he netted 28 goals and provided 19 assists in all competitions.

Dembele, who left Celtic for Lyon in a £20million move, has revealed that Edouard was very shy when he first came to Parkhead.

The French striker helped him settle down and gave him a lot of advice.