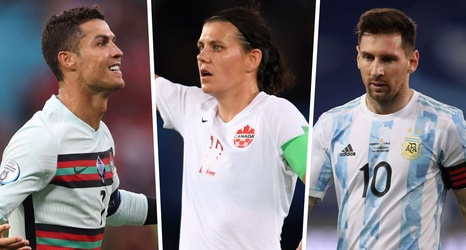 Ronaldo is close to the men's record held by Ali Daei, but he needs many more goals to become the greatest international goalscorer of all time

Cristiano Ronaldo's strike against Germany at Euro 2020 has taken him one step closer to becoming the greatest international goalscorer in men's football, now just two goals behind Ali Daei.

As of that game against Germany, Ronaldo has scored 107 times in 177 games for his country, three of those in his nation's triumphant Euro 2016 campaign and seven coming at World Cup finals.

However, in order to become the top international goalscorer across both men's and women's football, Ronaldo needs to chase down the incredible tally of Christine Sinclair.