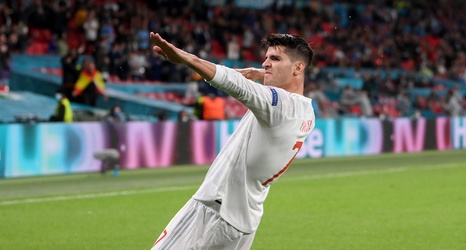 Alvaro Morata put his name in history books as his dramatic late equaliser against Italy saw him surpass Fernando Torres while leveling Cristiano Ronaldo for a Euros record.

Morata's stunning goal came in the 80th minute of Tuesday's Euro 2020 semi-final against Italy with the Azzurri up 1-0 thanks to a goal from Federico Chiesa.

But, after receiving a pass from Dani Olmo, Morata capped a stunning sequence with a perfect finish, making history while also sending the game to extra time.

What did Morata's goal mean?