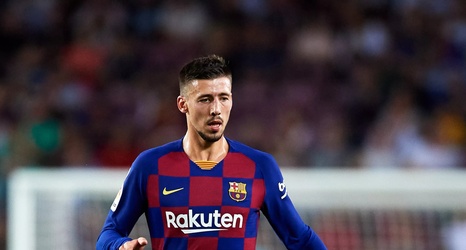 Former Barcelona B captain Monchu has said an emotional goodbye to the club after sealing an exit from the Camp Nou side.

The midfielder spent last season on loan at Girona and there had been reports of a disagreement about his contract after the Catalan team failed to achieve promotion.

Monchu is now expected to join Granada in a deal that reportedly could include a buy-back option and has taken to Instagram to say goodbye to the Catalans.

“Dear culés, the day has come to say goodbye ...Since my arrival at this club in 2012 when I was only 13 years old, I have felt loved at all times by my colleagues, members of the coaching staff, managers and workers that make up this sports entity.