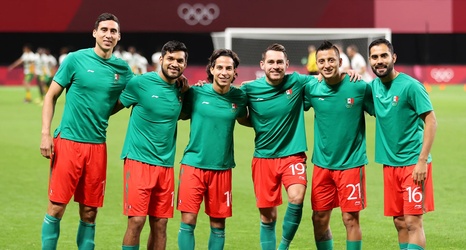 Mexico returned to their solid level of play, getting a 3-0 win over South Africa to book their ticket to the quarterfinals of the 2020 Tokyo Olympic Games. It was a tough game but Mexico was the better team and got the job done, although because of Japan’s crushing victory they are going through as the second place team. Mexico will now have a very tough matchup against South Korea, who got to the quarterfinals after crushing Honduras by a 6-0 score. Still for now, it’s a celebration for the team after returning to the knockout stages for the first time after winning the Gold Medal in 2012.