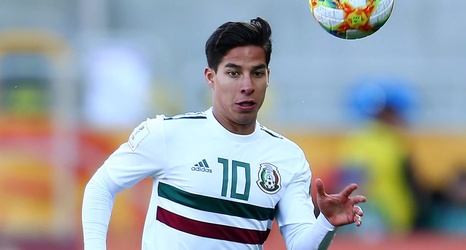 Mexico has announced the call up list for a U22 Training camp that will be taking place during the FIFA break. The big news is the addition of two players that hadn’t been called up during coach Jaime Lozano’s recent tenure: Diego Lainez and Carlos Rodriguez. Lainez would be arriving from Spain where he plays with Betis while Rodriguez would take part after being part of the senior team where he played the Gold Cup and the UEFA Nations League. After the camp Mexico will play a closed door friendly in the Centro de Alto Rendimiento (CAR) against Universidad Premier on Tuesday November 19th.