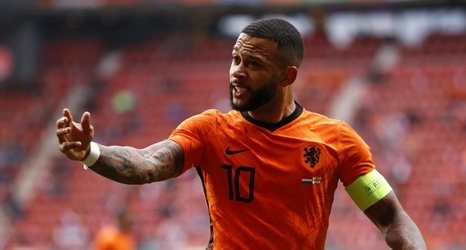 Memphis Depay was in no mood to discuss his future amid speculation that both Barcelona and Juventus are battling for his services.

The Dutchman has been heavily linked with a Camp Nou move, but rumors on Thursday suggested the Turin giants are willing to make a more generous offer.

Depay is currently with the Netherlands squad for the Euros and says he is only thinking about the tournament at present.

“I know there is speculation, there always is. The world of football works like this and I am already used to living with this type of situation.