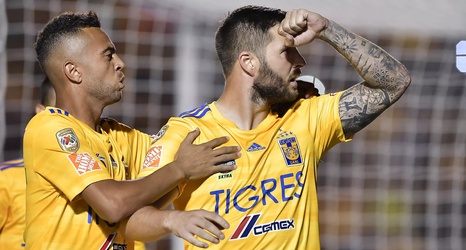 It appears as if Tigres has awoken from their summer slumber. La U got a brace from André-Pierre Gignac and one from Lucas Zelerayán, cruising to a victory against Santos Laguna. Tigres had eight shots on goal out of eleven shots, while Santos only managed to test Nahuel Guzmán once on ten shots.

Even without Guillermo Almada on the sidelines, Santos came out pressing early, causing turnovers and creating mismatches along the wings. Tigres was able to get a good chance in the seventh minute when Enner Valencia got a header on frame, but Jonathan Orozco stuck his big paw out and calmly swatted it down.