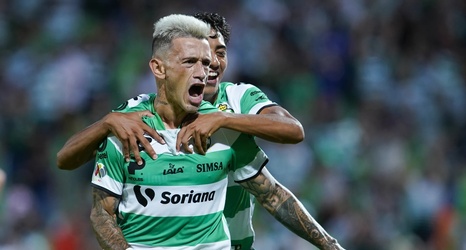 Liga MX is sometimes claimed to be the most entertaining league in the world, and the match between Santos Laguna and Rayados de Monterrey could be Exhibit A in defense of this assertation. Monterrey took a two goal lead, Santos battled back and took the lead just before thirteen minutes of stoppage, surviving a penalty shout in the process to start the season off with a 4-3 win at Estadio Corona.

Santos wasted no time in trying to get some pressure on Monterrey. In the second minute Jordan Carrillo was able to slip some defenders along the right side of the pitch and hit a cross into the box.