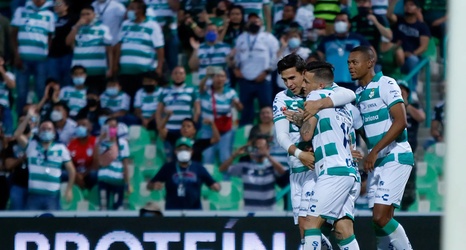 A lot was written in the days and weeks leading up to the match between Santos and Pachuca about the return of former Santos manager Guillermo Almada to Torreón. Almada had taken a Pachuca team that missed out on the repechaje last season and had them in first place going into the week. Not much however had been written about Eduardo Fentanes, the manager that replaced Pedro Caixinha after a disastrous start. Fentanes has spent most of his career managing in the Ascenso MX and was largely seen as a stopgap to see out the season with Santos.

This might change however after Santos picked up their fourth win under Fentanes, downing Almada’s Pachuca 3-1.