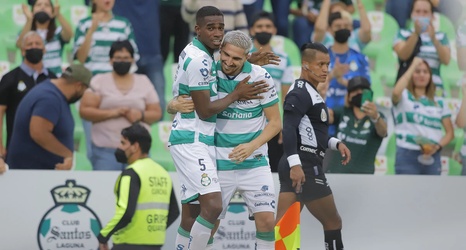 Santos Laguna capitalized on Maxi Olivera’s sending off in the second half, getting goals from Félix Torres and Alessio Da Cruz to down FC Juárez at Estadio Corona TSM. The match marked the first Liga MX starts for both Brian Lozano and Gibran Lajud since March 2020. Lozano has been rehabbing from injury and Lajud has been backing up Carlos Acevedo, who missed the match with an injured shoulder picked up in last week’s match against León.

Santos started out on the front foot, with the best chance coming in the 14th minute off of a corner kick.