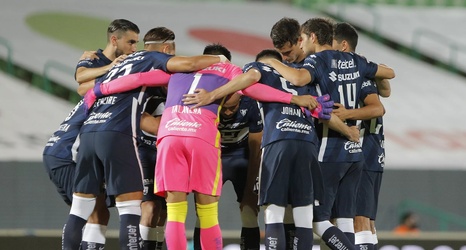 If there were any questions about the legitimacy of Pumas’ chances, they were laid to rest tonight. Pumas became the first team to beat Santos Laguna in Torreón in 542 days, gutting out a tough 2-1 win and taking the superlíder crown as Week 9 came to a close.

Pumas started out on the front foot, pressing Santos from the first whistle. Santos however had the first good chance of the game though when Octavio Rivero was played in and had a shot that goalkeeper Alfredo Talavera stopped. The rebound fell to the feet of Jair González, and his shot was blocked by a sliding tackle, but the AR raised the flag albeit long after Rivero had been played through.