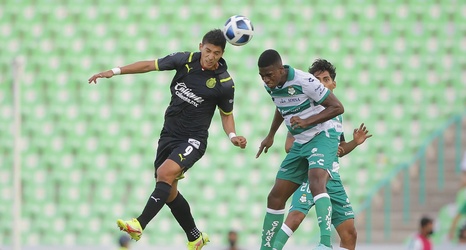 Chivas started out the match with a little more of the momentum, and Alexis Vega had the game’s first chance just a minute in when he cut in from the right side and hit a left footed shot that didn’t curl quite enough to be on frame.