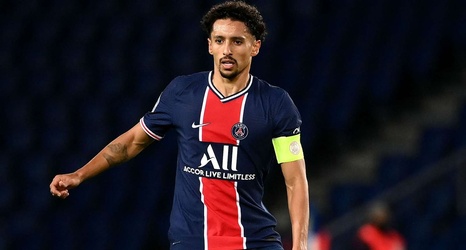 Marquinhos believes he could spend the rest of his career at Paris Saint-Germain, with the versatile Brazilian prepared to ignore any transfer talk as he plans long term in France.

The 26-year-old has entered his eighth season at Parc des Princes and has taken in 287 appearances since arriving from Roma in 2013.

He has figured as a centre-half and holding midfielder for PSG, collecting six Ligue 1 titles and numerous other domestic prizes along the way.

A regular role has also been nailed down at international level, with Marquinhos up to 49 caps for his country.