Marco Rose Sacked by Borussia Dortmund After 1 Season as Manager 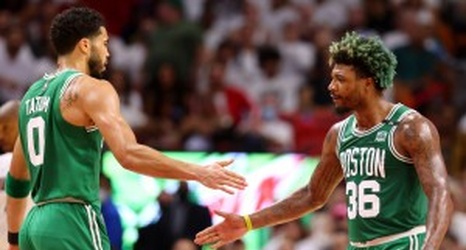 Borussia Dortmund announced on Friday that manager Marco Rose was fired after just one season with the German club.

BVB and Coach Marco Rose end their relationship.<br><br>Following an intensive season analysis on Thursday, including Rose, Watzke, Zorc, Kehl, and Sammer, the club has decided to move forward, and wishes Marco Rose the best of luck in his next opportunity ud83dudc4f <a href="https://t.co/xpz6eBjS8T">pic.twitter.com/xpz6eBjS8T</a>

Dortmund finished second in the Bundesliga with a 22-3-9 record. The 69 points were eight short of champions Bayern Munich (77). Dortmund also failed to advance beyond the UEFA Champions League group stage and was eliminated in the DFB-Pokal's Round of 16.