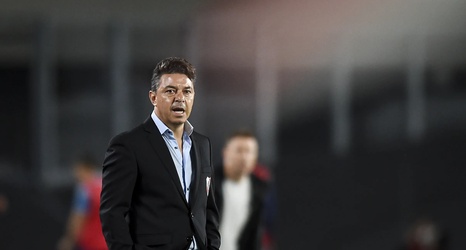 River Plate boss Marcelo Gallardo has spoken about rumors linking him with a move to Barcelona at a news conference on Friday.

The 45-year-old is reportedly one of four names under consideration at the Camp Nou with Ronald Koeman expected to be sacked after Saturday’s clash with Atletico Madrid.

Gallardo addressed the speculation and made it clear he wants to fulfil his contract with River Plate which runs until the end of December 2021.

“I was wondering whether to do the conference or not after what has been said because I knew that I would have to answer this question that I do not want.