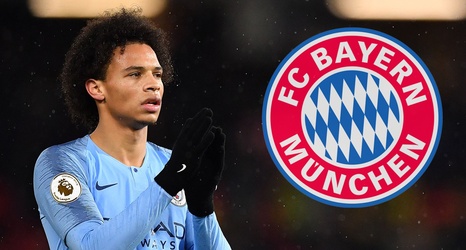 Manchester City winger Leroy Sane is set to complete a move to Bayern Munich after the two clubs agreed to a deal worth up to €60 million (£54.8m/$67m).

The Bundesliga champions will pay an initial €49m (£44.7m/$55m) for the German international with another €11m in add-ons. City have also secured a 10 per cent sell-on clause.

Sane, who was in the final year of his contract, is set to fly to Munich in the next 24 hours to complete the move and is not expected to play for City again this season.