Mamelodi Sundowns Onyango to Goss and February: We all didn't start playing immediately 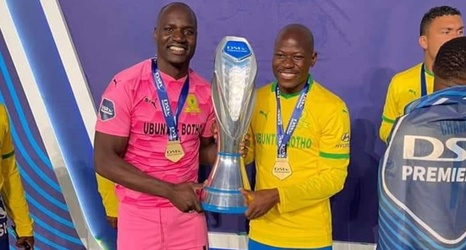 Mamelodi Sundowns custodian Denis Onyango has challenged teammates Ricardo Goss and Jody February to give their best and prove they deserve to be considered in the starting line-up.

The Uganda legend has dominated the number one spot for years and last season, he made a total of 34 appearances for the Brazilians, keeping 18 clean sheets in the process.

While Jody February has not yet made his Sundowns debut, Ricardo Goss made five appearances for the PSL champions in the Nedbank Cup and Caf Champions League.