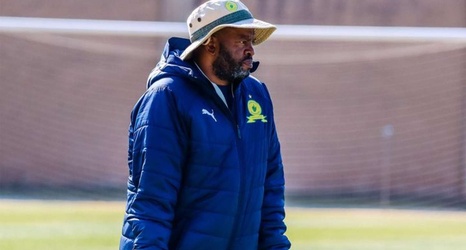 Mamelodi Sundowns coach Manqoba Mngqithi says they did not want to rely on the away draw in the first leg before Tuesday’s MTN8 semi-final, second leg win over Golden Arrows.

Two first-half goals from Peter Shalulile and Divine Lunga, as well as a late Neo Maema strike earned Masandawana a 3-0 win over Arrows at Lucas Moripe Stadium to seal a 4-1 aggregate victory.

While the Brazilians already were on the front foot going into the match, having secured an away goal in the 1-1 draw in the first leg a month ago, Mngqithi said they purposefully tried to win the game on the night and not sit back and defend what they had.