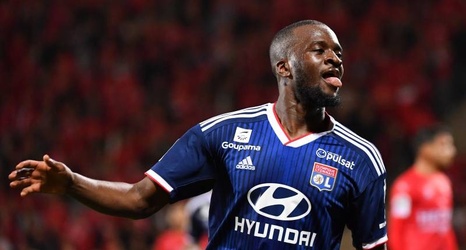 Lyon midfielder Tanguy Ndombele has given hope to reported suitors Manchester United and Manchester City after hinting he might not remain with the Ligue 1 club beyond this summer.

Ndombele, 22, has been linked with both Premier League clubs this season and told Le Progres (h/t Richard Fay of the Manchester Evening News) he's yet to make a final decision on whether he'll stay at Lyon.

He said: "As I told my agents and the club, I'm not fixed yet, I did not make a decision.