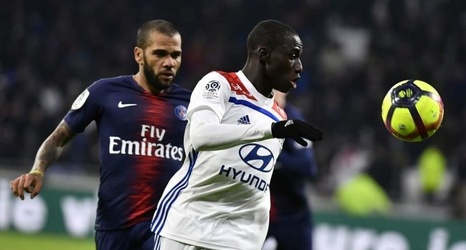 Lyon are reported to have told Paris Saint-Germain they want €40m for left-back Ferland Mendy, after the Parisian giants joined Barcelona in the race to secure his signature.

Mendy has enjoyed a fine season for Lyon, starting 21 of their 24 league matches as they sit third in Ligue 1, and is thought to have attracted more than a few flattering glances from top sides across the continent.

He emerged as a potential long-term successor to Jordi Alba at Barcelona on Saturday, with reports claiming that director of football Eric Abidal is keen on the defender, and that the club intend to run the rule over him when Barca meet Lyon in the Champions League last 16 this month.