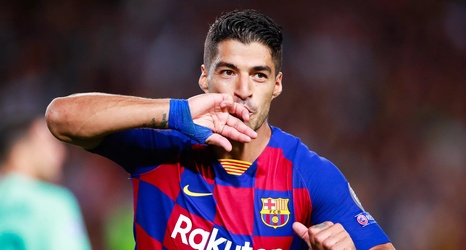 Luis Suarez’s volley against Inter Milan in Wednesday’s 2-1 win at the Camp Nou has been named the Champions League goal of the week.

The Uruguayan smashed home Arturo Vidal’s pass to level the match for Ernesto Valverde’s side on 58 minutes.

Suarez went on to win the game late on for the hosts after a brilliant bit of play from returning captain Lionel Messi.

The Barcelona striker beat off competition from Liverpool’s Sadio Mane and Bayern duo Joshua Kimmich and Serge Gnabry to scoop the award.