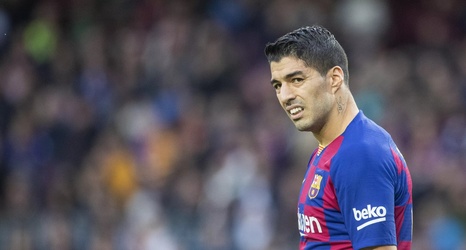 Barcelona striker Luis Suarez says he will be able to play when the Spanish champions return to La Liga action.

Suarez has been out of action since undergoing knee surgery in January but is making progress and is looking forward to making his comeback.

“[My return] is within the possibilities that we’ve been managing and now there’s been a change, but the idea of returning early was clear,” he said.

”My doctor was telling me that I’ve been doing so well and that gave me hope of returning to play as soon as possible.