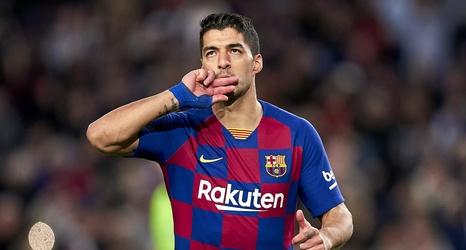 Luis Suarez has been named La Liga’s Player of the Month for December after a fine run of form for Barcelona in the run-up to Christmas.

Suarez saw off competition from Sevilla’s Diego Carlos and Getafe’s Angel Rodriguez to scoop the prize for the fourth time.

The Barcelona striker started off January in strong form too, scoring and assisting in Saturday’s 2-2 draw with Espanyol.