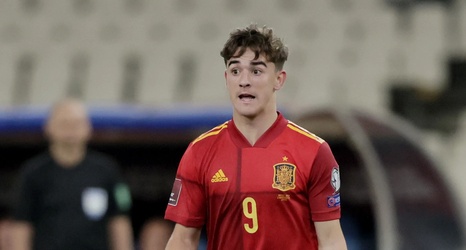 Spain coach Luis Enrique offered an update on Barcelona midfielder Gavi after he was taken off during Thursday’s World Cup qualifying win over Greece.

The 17-year-old made his third start for the national team but was taken off as a precaution in the second half after taking a blow to the face.

Luis Enrique said the Barcelona youngster had wanted to continue but the boss decided it was best for him to come off.

“He has received a blow to the eye. Gavi is a monster,” he said.

“He said he saw double, but he wanted to go on.