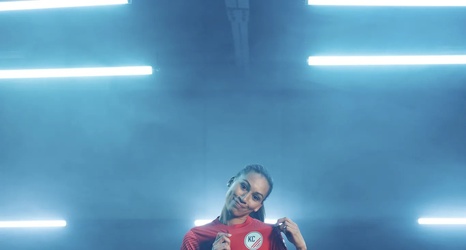 The 2021 National Women’s Soccer League (NWSL) season is already underway as KC NWSL earned their first point of the season on the road against expansion side Racing Louisville. They did so in their all white (with teal socks) kits from the NWSL Challenge Cup preseason tournament. With more matches coming quickly, it was time for an official look for the season.

The team unveiled that look on Twitter with a slick video yesterday.

I don’t know about you, but just watching that video has me hyped! The team unveiled an all red look for the 2021 season.