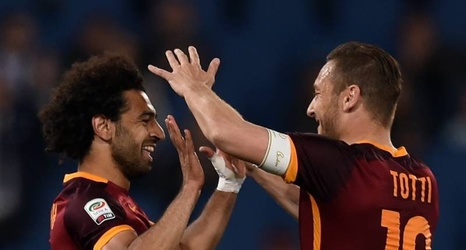 Francesco Totti has heaped praise on former Roma forward Mohamed Salah, saying the Liverpool star is a footballer "that changes any game at any time."

Salah moved to the Anfield club from Roma in the summer of 2017, and he's had an incredible impact on Merseyside. The Egyptian enjoyed a stunning debut season, helped the Reds win the UEFA Champions League in his second term and is currently part of a side racing clear at the summit of the Premier League.

Totti and Salah played alongside one another for a couple of campaigns in Rome.