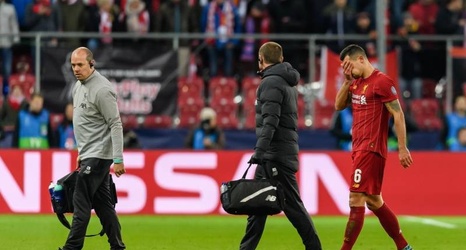 The Croatian international went down during the 2-0 win and was replaced by Joe Gomez in the second half.

More details on the issue came via James Pearce of The Athletic following the contest:

Dejan Lovren clearly in discomfort as he walks slowly through the mixed zone. Says he’s got a hamstring problem. Joe Gomez is going to be vital for #LFC in the coming weeks.

Klopp on Lovren injury: "It felt similar to the last one [v Bournemouth].