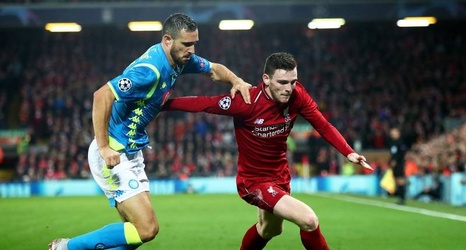 Liverpool are reportedly weighing up their options in relation to Georginio Wijnaldum's future, including the possibilities of giving him a new contract, selling him this summer or letting him leave next year for free.

According to The Athletic's David Ornstein (h/t MailOnline's Danny Gallagher), Wijnaldum's current deal will run out in 2021, by which time he'll be 30.

The Reds are said to be content at the prospect of him moving on a free transfer after they've enjoyed a fifth season of service from him, but they're also looking at potentially handing him a new deal to extend his stay at the club.