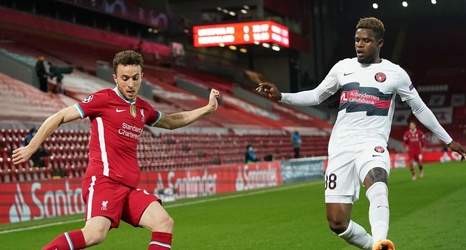 Frank Onyeka has described Midtjylland's 2-0 loss to Liverpool in Tuesday's Champions League encounter as 'an experience to take along'.

He produced a solid display in the middle of the park at Anfield but second-half goals from Diogo Jota and Mohamed Salah condemned the Danish visitors to their second straight defeat in the elite European competition this season.

Despite being the strongest defensive force for Midtjylland in the encounter with most tackles (4) and most interceptions (3), Onyeka was the most fouled player on Tuesday night and he won five free-kicks for his team.