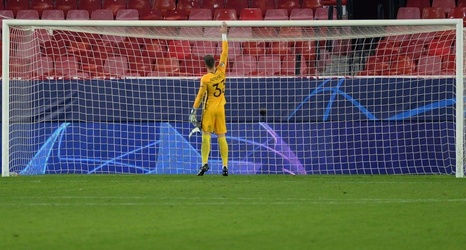 Liverpool and Real Madrid are both interested in Sevilla goalkeeper Alfonso Pastor, according to Spanish outlet AS.

The young Spaniard made his debut for Sevilla on Wednesday, conceding four goals as Chelsea convincingly beat Los Nervionenses in the Champions League thanks to an inspired performance by Olivier Giroud. However, it would be unfair to blame the goalkeeper for any of the four goals.

He scored FOUR goals as Chelsea hammered Sevilla in Spain!