Lionel Messi: Some at Barcelona Oppose Neymar's Return, Would Be 'Difficult' 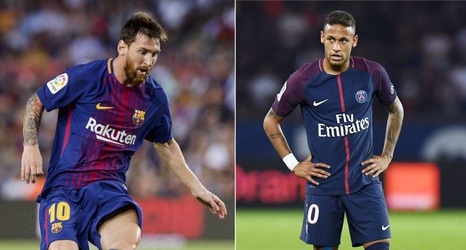 Barcelona superstar Lionel Messi has said Neymar's potential return to the club is complicated due to the fact some at the Camp Nou don't want the Brazilian to come back.

Neymar, 27, joined Paris Saint-Germain from Barcelona for a world-record €222 million fee in 2017, leaving Catalonia on bad terms regarding a contract bonus he was paid prior to his exit.

Messi, 32, recently appeared on Metro 95.1 (h/t Goal) and said a potential reunion is complicated for a number of reasons: "It is difficult to bring him back. Firstly, because it was difficult to see him leave, secondly because of how he left.