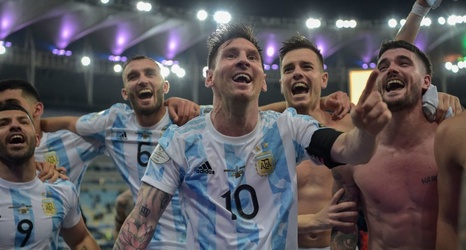 Messi, who tied for the tournament lead with four goals and won the Best Player Award, told ESPN's Adriana Garcia on Wednesday he was on cloud nine after the triumph.

"I have peace of mind of having achieved the dream that has been denied to me so many times," he said. "It was like a dream, a spectacular moment. I couldn't believe it had happened. I enjoy watching the images now more than at the time as I was in a daze.