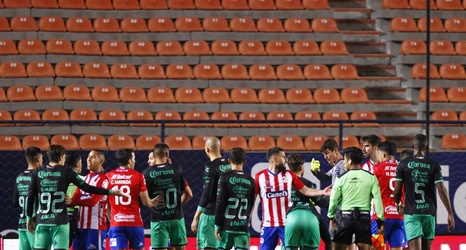 The Liga MX Disciplinary Commission released its final decision regarding the incident that occurred during last Thursday night’s match between Club Atlético de San Luis and Santos Laguna. While there was a fine levied against San Luis, no players on their side were punished for incidents that occurred during the match.

To quickly recap, San Luis’ manager Leonel Rocco was red carded and then someone on the San Luis technical area can be heard using homophobic slurs toward the referee. Later in stoppage time, an altercation broke out along the San Luis bench and Santos center back Félix Torres alleged he was racially abused.