Lewandowski on Barcelona move: I feel like a kid who got a new toy 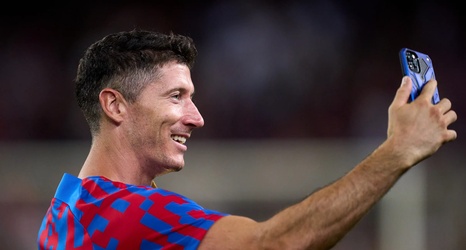 Robert Lewandowski has been talking about his move to Barcelona and made it clear just how much he’s loving life at the Camp Nou.

The Poland international struck his first goal for his new club in the Gamper Trophy win over Pumas and has revealed in a new interview how much he’s relishing his change of club.

“It’s just a new feeling for me,” he said. “I needed this change, this move to another country to another club. I feel like a kid who got a new toy.”

Lewandowski also spoke about his unveiling at the Camp Nou which saw 59,026 fans turn out to welcome the new signing to Barcelona.