Kroos opens up on Madrid's failed Mbappe move, Zidane's key advice & how he still cleans his own boots 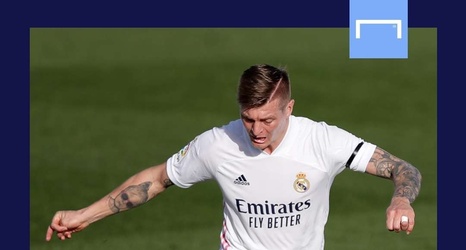 The German midfielder has reiterated his stance on the possible arrival of the Frenchman, who has been at the top of the Spanish club's wish list

Toni Kroos has reiterated that he would welcome the arrival of Kylian Mbappe at Real Madrid and has also opened up on the key advice Zinedine Zidane gave him.

Kroos discussed a variety of different topics to Goal as he launches his new Toni Kroos Academy, which has been designed to provide online training to the next generation of budding young players from across the world.

In addition to discussing Paris Saint-Germain star Mbappe, the 31-year-old also expressed how he still has plenty to offer at the highest level and how, despite his status as a world-class performer, he still cleans his own boots.