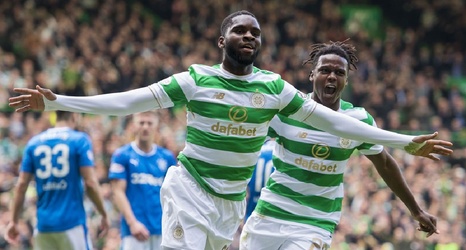 Commons has revealed that he spoke to Celtic midfielder Scott Brown when Moussa Dembele was leaving for Lyon in the summer of 2018.

The former Celtic star has told The Daily Record that Brown told him that Edouard would be better than Dembele.

The 21-year-old striker, who scored in the Old Firm win at Ibrox, is in red-hot form at the moment, and he is key to Celtic’s Europa League chances.

The Bhoys will travel to France on Thursday night to take on Rennes in their opening Group E game.