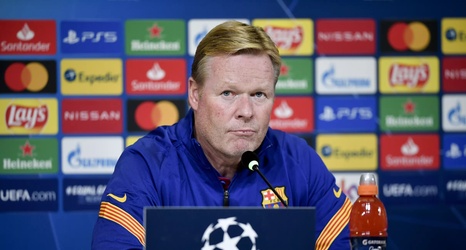 Ronald Koeman spoke to reporters ahead of Barcelona’s Champions League clash with Dynamo Kiev on Tuesday.

Here are the best bits:

Koeman on Messi and De Jong

We have various players out through injury and we decided not to take Leo or Frenkie because the situation [in the group] is quite comfortable for us. These two players need to rest because they have played a lot of matches, so we think this is a good moment to rest them.