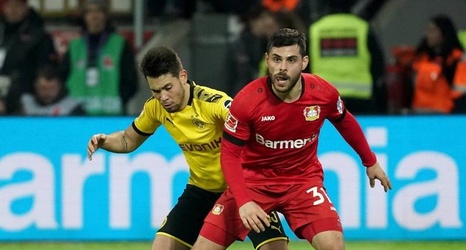 Bayer Leverkusen star Kevin Volland has said he believes the style of football played in the Premier League could suit him.

Volland, 27, has been linked with Arsenal in the past. According to MailOnline's Toby Miles, the Gunners have sent scouts to watch him play.

Their interest will likely be piqued by Volland's latest comments, in which he told Sport1 (h/t Goal) that he is interested in playing in England:

"The Premier League is a very interesting league for me. The pace is extremely high, the league requires a lot of readiness to run and that would be fine for me.