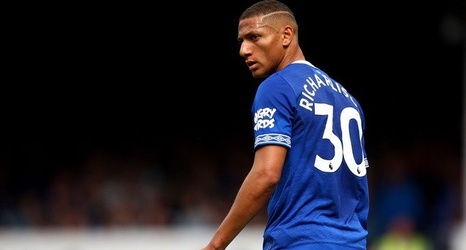 Everton forward Richarlison continued his fine form for Brazil over the international break, coming off the bench to bag the winner in the 1-0 victory over Cameroon.

The 21-year-old has now scored three goals in six games for the South American giants, while he has six goals in 10 Premier League appearances for Everton.

Richarlison came on for the injured Neymar during the friendly against the African side, playing as a second striker alongside Manchester City’s Gabriel Jesus and later Liverpool’s Roberto Firminho.

Brazil’s manager Tite reckons the Everton forward can feature as a second striker going forward, but club legend Kevin Ratcliffe believes he isn’t ready to play in the position.