Keisuke Honda Finds New Club After Twitter Come and Get Me Plea Finally Pays Off... Kind Of 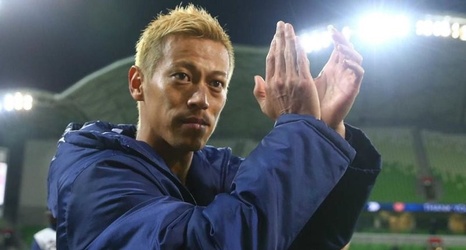 Japan legend Keisuke Honda has found himself a new club after his come and get me plea on Twitter was answered... sort of.

The former CSKA Moscow and Milan midfielder sent a message to Manchester United in September offering to play for free in order to ease the Red Devils' injury woes.

The 33 year-old had been a free agent after his contract with Australian side Melbourne Victory expired in the summer.

But it appears that Honda, who was a part of the Japan squad that reached the last 16 of the 2018 World Cup before their heartbreaking exit to Belgium, has finally found himself a new club, after he announced on Twitter that he will start training with Dutch side Vitesse Arnhem on Thursday.