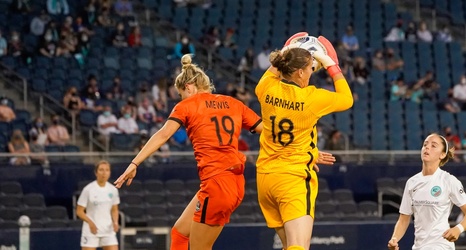 With veterans Lo’eau LaBonta and Chloe Logarzo on the injured list and Desiree Scott starting on the bench, head coach Huw Williams made a few changes from KC NWSL’s season opener at Louisville. Gaby Vincent started in the d-mid role and Michele Vasconcelos alongside Victoria Pickett in midfield.

Amy Rodriguez etched her name into the record books again for KC NWSL in the 13th minute. After going scoreless in their first regular season match, A-Rod was the beneficiary of a quick transition attack. A long ball up to Mallory Weber who made a run to the side of the box before slicing a perfect cross just outside the six to Rodriguez.