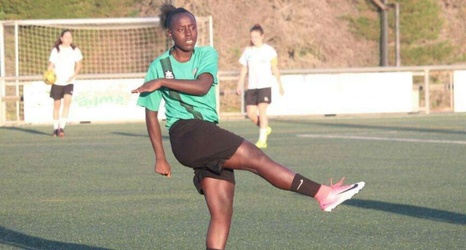 The Primera Iberdrola club took to social media to reveal the news, saying Kanteh will remain at the club until at least June 2022.

The striker arrived at Huelva in July 2019 from rivals Logrono where she featured in 17 matches, scoring once during her one-year stint with Gerardo Leon's team.

The 22-year-old, who was born and raised in Banyoles, is still eligible to represent the Gambia by her biological parents and is likely to play in the 2020 Africa Women's Cup of Nations qualifiers.