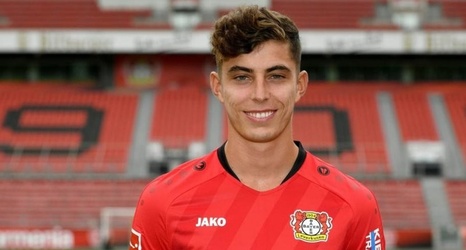 Bayer Leverkusen youngster Kai Havertz has insisted that he is happy to remain at the Bundesliga club for at least another season before he reviews his options next summer.

Havertz exploded onto the scene in Germany during 2018/19 after playing a starring role for Leverkusen, where he made 42 appearances in all competitions, registering an impressive 20 goals and seven assists in the process.

The 20-year-old has been attracting plenty of interest across Europe, with the likes of Bayern Munich, Liverpool and Manchester United among the clubs who were touted with a potential approach during the summer transfer window.