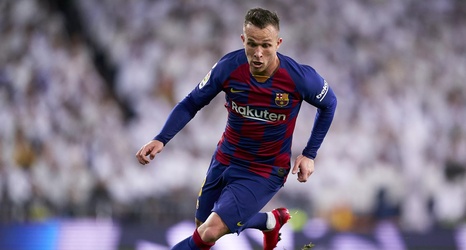 Juventus are simply refusing to give up on signing Arthur from Barcelona ahead of what is being described as a “key week” for the Brazilian’s future.

RAC1’s Gerard Romero has an update on the midfielder and reckons Arthur leaving for Turin can’t be completely ruled out.

Juventus are said to be planning another push and are willing to triple the 23-year-old’s salary if he does make the switch.

At the moment Arthur remains adamant he’s not going anywhere, but Romero says he does have “doubts” about the midfielder’s future.

Barcelona are back in action on Saturday against Real Mallorca where Arthur will be hoping to get the nod in midfielder.