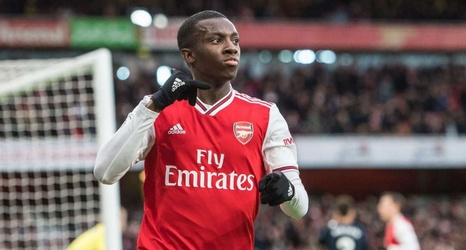 The 21-year-old saw eight minutes of action as a late substitute after Pierre-Emerick Aubameyang's double ensured a comeback victory at Wembley Stadium, Christian Pulisic having given the Blues an early lead.

The title, which secured Arsenal a place in the 2020-21 Europa League, was Nketiah's second of the 2019-20 season as he spent the first part of the term with Leeds United, who ultimately won the English Championship to seal a comeback to the Premier League.