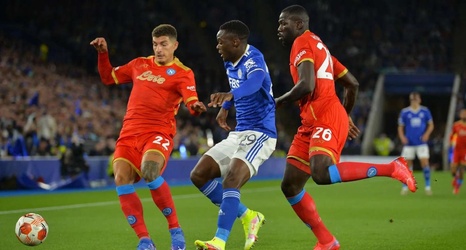 Leicester City striker Patson Daka was left disappointed after his goal against Napoli in the Europa League was disallowed by VAR on Thursday night.

The 22-year-old Zambia international, who joined the Foxes from Red Bull Salzburg, was handed his full debut by manager Brendan Rodgers in the game at King Power Stadium, and he thought he had scored his first goal for the side in the 59th minute after Nigeria striker Kelechi Iheanacho and Youri Tielemans combined to set him up.